Do Something With Your Life 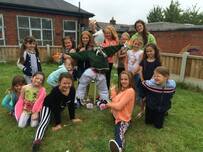 Joseph Lappin
Joseph Lappin grew up in Old Swan, attended Cardinal Heenan High School and was a 16 year old army cadet when he was killed in 2008, outside the Shrewsbury Youth Club in Everton. Joseph was the innocent victim of knife crime and The Joseph Lappin Centre , established in his memory, opened in 2013. Joseph knew what he wanted to do with his life and was sadly denied the opportunity to achieve his goals. We continually raise awareness of the effects knife and gang culture has on victims, perpetrators, their families, friends and communities.